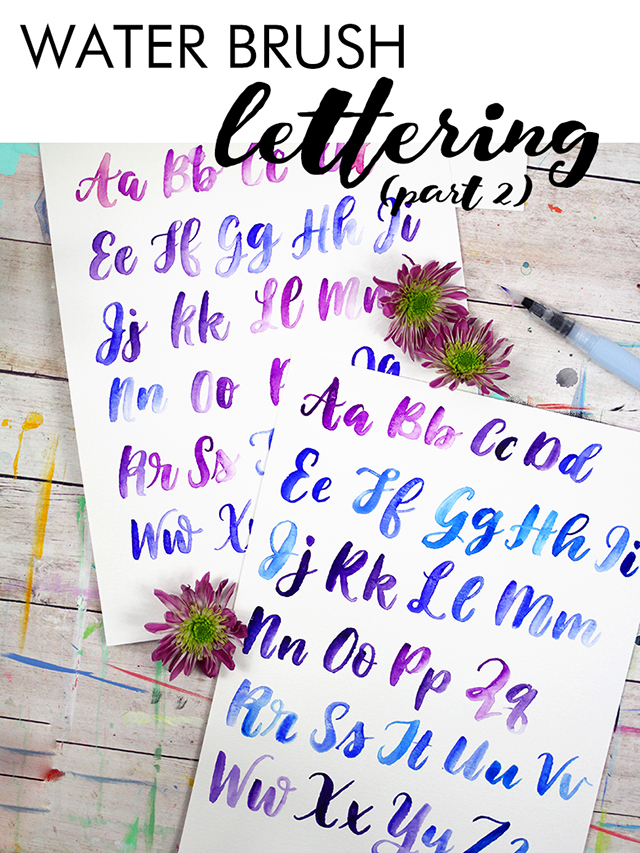 Hi everyone! It’s Megan from Makewells and I’m back with my second post about lettering with a waterbrush! Last post, I showed you the basics of using a waterbrush to get started lettering. If you missed that post, go have a looksy! There is a video that shows the 5 basic strokes you’ll need to create each lettering in the alphabet...because this time around, we’re going to start painting letters! 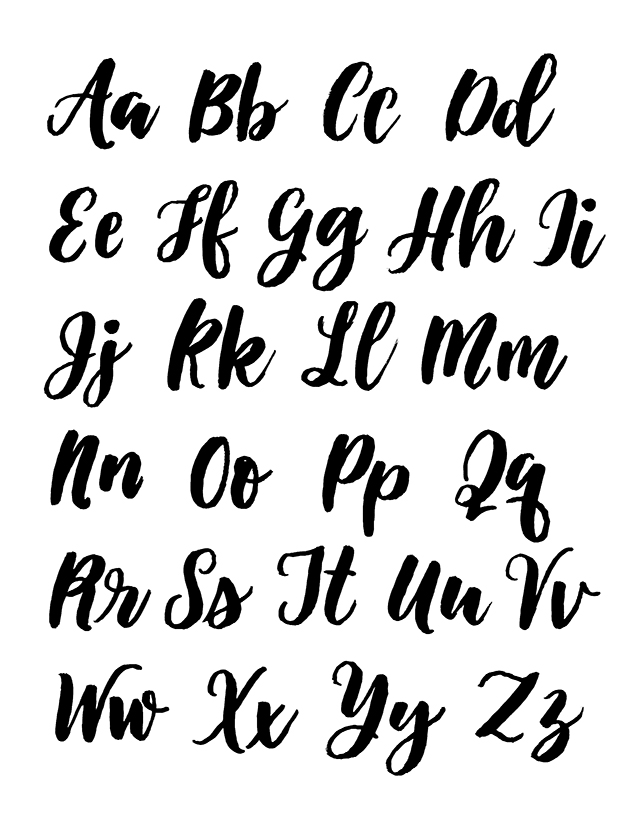 I’ve provided a sample script alphabet for you to use as a reference for practicing.

Let’s begin with the letter A! 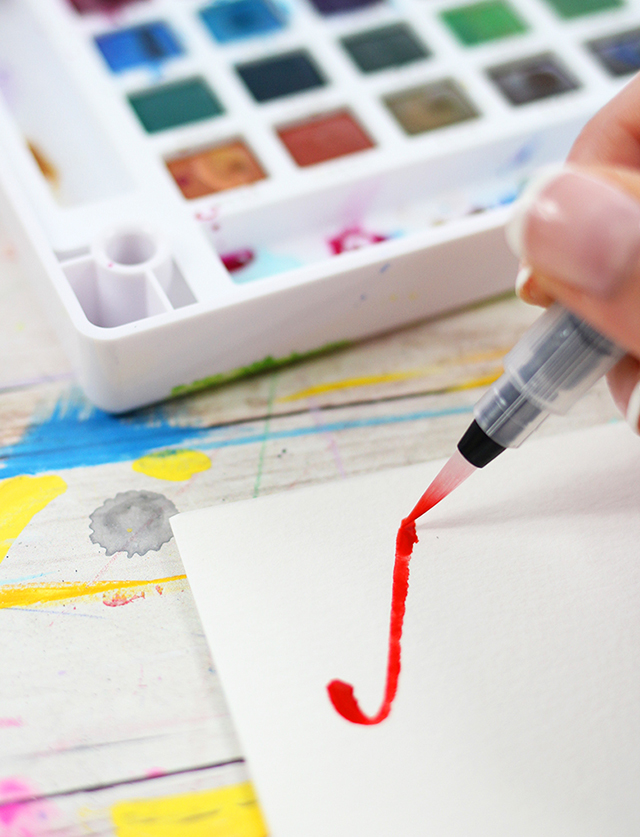 My first small stroke is down, and I create that just slightly thicker and then draw the thin upstroke of the capital A. 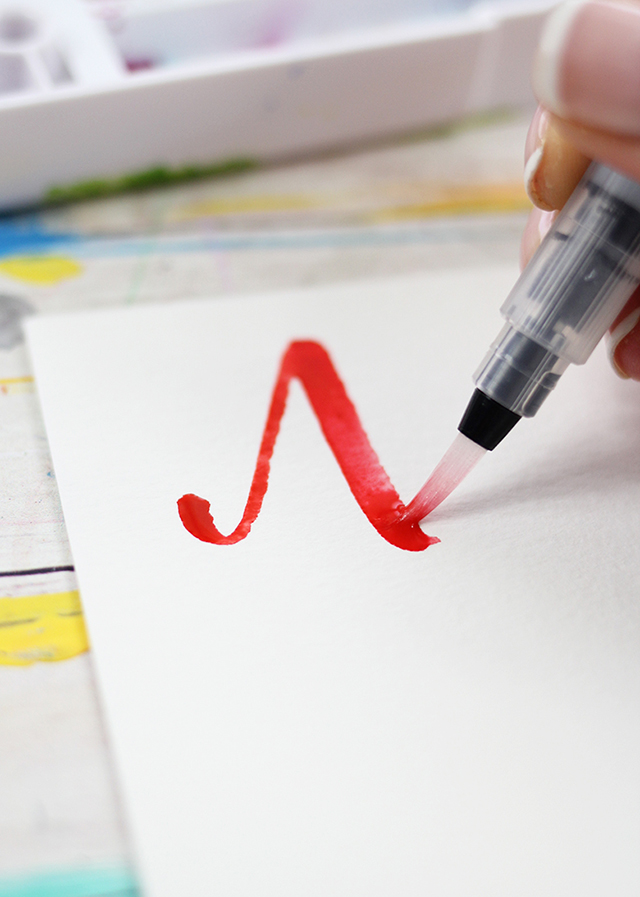 Next, I increse the pressure of my brush as I pull down to create the thicker downstroke of the A. 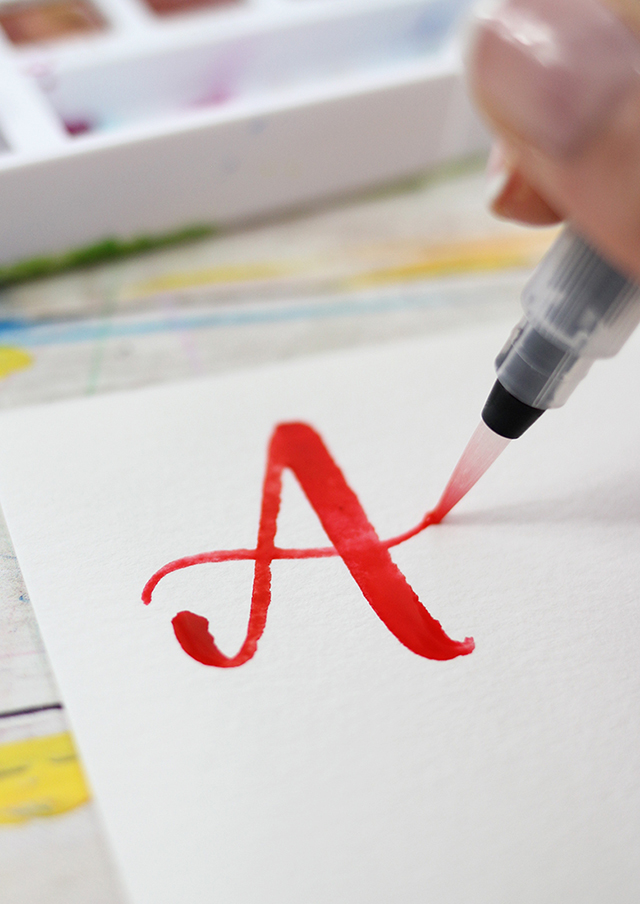 And finally, I make a thin wavy line through the A to create my crossbar.

This letter utilizes two of the 5 basic strokes we learned in the last lesson. 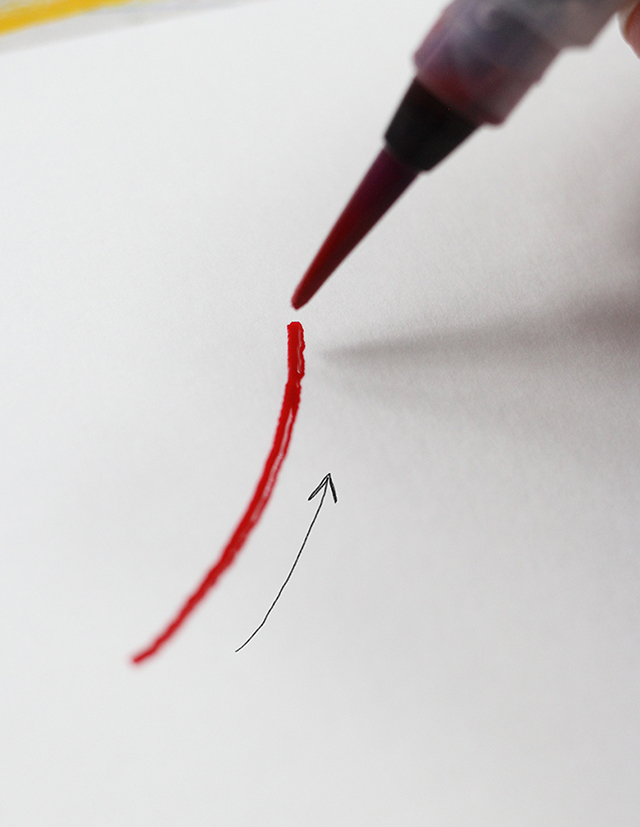 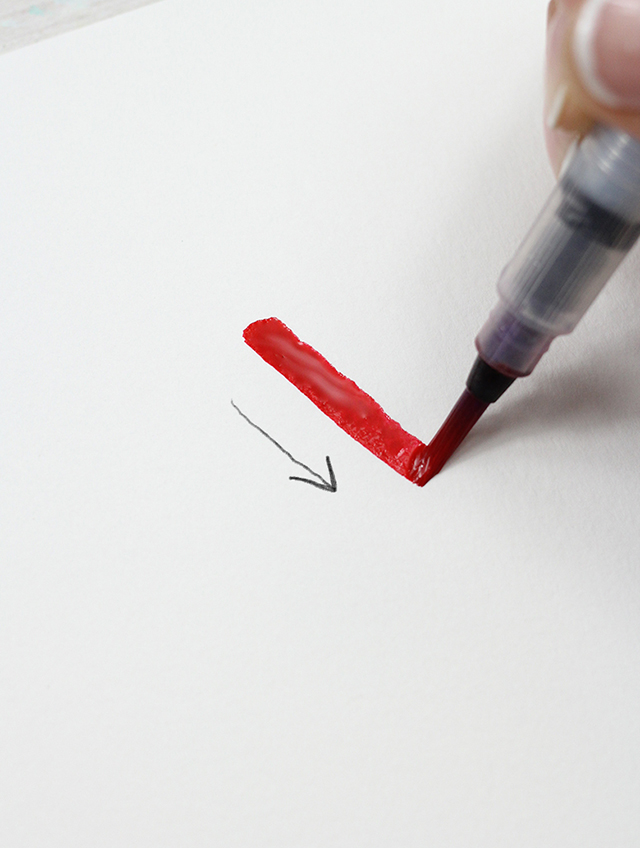 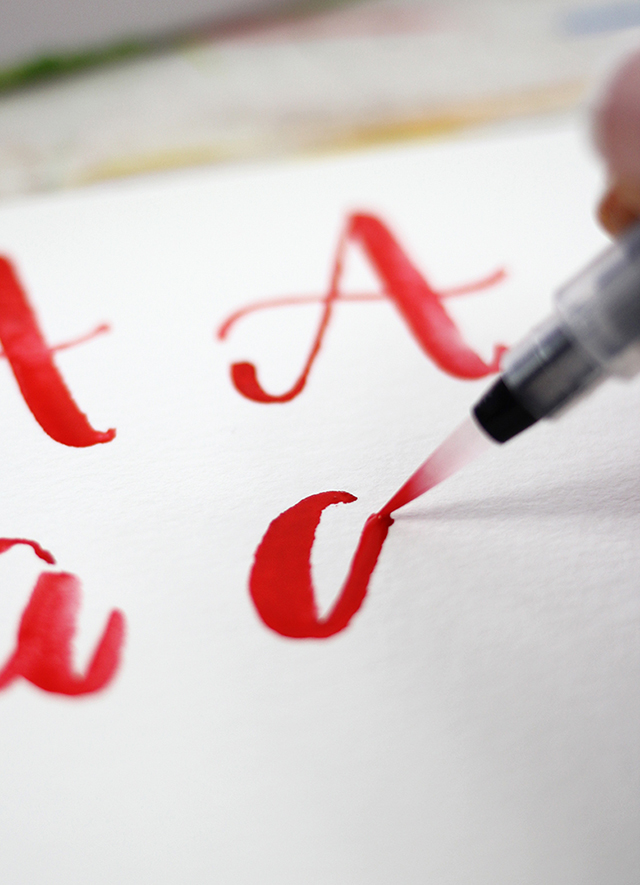 Next, let’s look at the lower case a.

The first stroke is a partial ‘o’ stroke, which is then followed by a thicker downstroke that leads back into the thin upstroke. 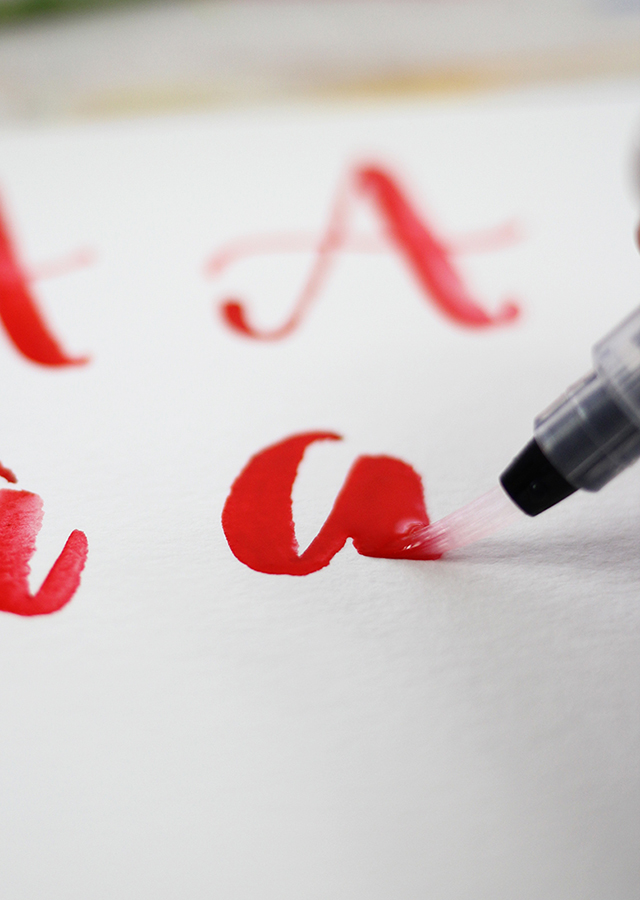 Here is a video of me painting both the upper and lowercase a’s.

Now work your way through the alphabet! 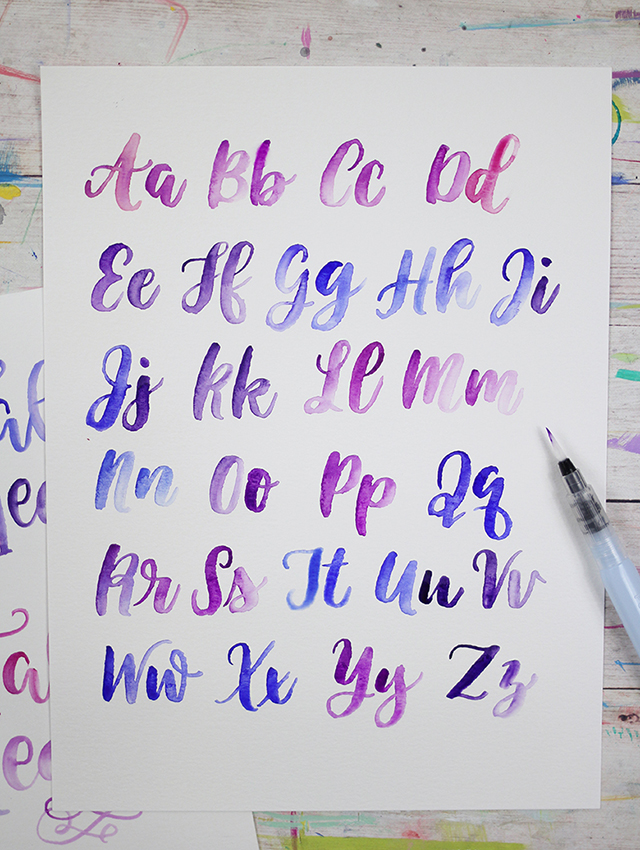 Lettering with a waterbrush takes a lot of practice! If you get frustrated, try going back and practicing some of the basic strokes again. Always remember...practice makes better! 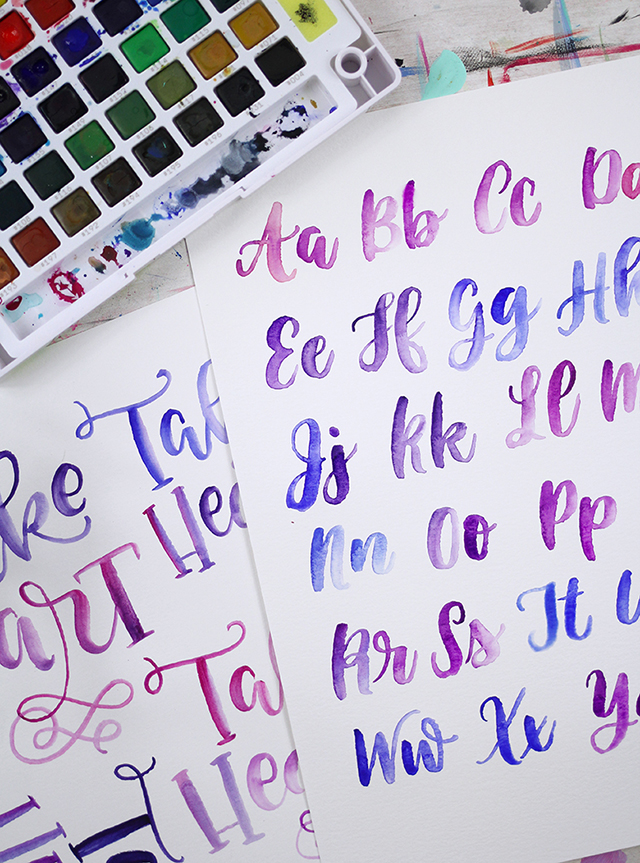 Til next time friends!